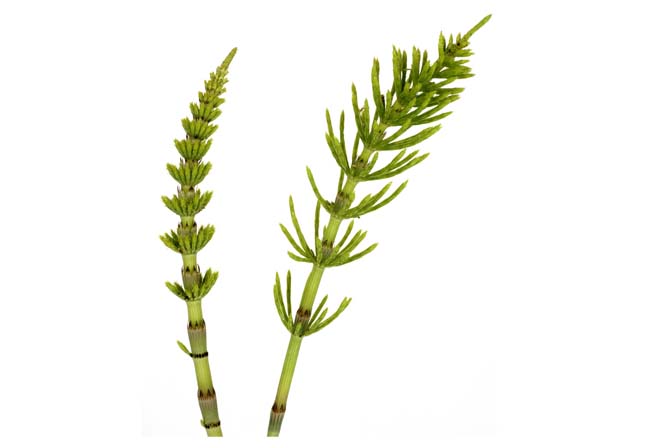 The name of this plant comes from the shape of its stems, narrow leaves that can remember the colla of a horse.

The equisetáceas (scientific name Equisetaceae) are a monotypic family (with a single genus), being its living genus, Equisetum (known as horsetail), which is the only survivor to date of all equisetópsidas, which have an extensive Fossil record between the Devonian and the Carboniferous. The equisetáceas are morphologically very distinctive, with a stem with ridges and valleys, reduced leaves arranged in verticilos, and fertile leaves transformed into sporangiophores joined in terminal strobiles. This genus consists of 15 species grouped into two subgenera and one species (Equisetum bogotense Kunth, the only South American), which is sister of the other 14. Species within each subgenre hybridize easily.

Equisetum giganteum L. and other equisetáceas are widely used as medicinal plants and their aerial part is used as a diuretic. In Argentina Equisetum giganteum is an official medicinal plant as it has a monograph in the National Pharmacopoeia Argentina VI Edition. It is a plant that grows in most wet, marshy and stagnant areas of Asia, Europe, North America and Africa. It is a direct descendant of prehistoric plants that grew imposingly up to almost the height of the highest trees today, and maintains most of the characteristics of those epochs, excepting only in their size.